10 Hilarious Drinking Games to Play in a House Party

House parties include music, dance, drinks, disco lights, and whatnot. But they still can get boring. Including some amazing drinking games in the party can keep the party alive and full of enthusiasm. If you want to host a house party and don’t want it to be boring, then here we are to help you out and make your house party great as ever. If you want your reputation to peak up in front of your guests, then include these amazing and engaging Drinking Games:-

Here are some Fun Drinking Games You Can Play At Your Next House Party:-

When you see that your guests are starting to get drunk, then this is the right time to begin this game. Ask everyone to write a funny statement on a piece of paper. Shuffle it and give each person a chit. It is really hard to keep a straight face when you are tipsy. Ask everyone to read their chit out loud by keeping a straight face and enjoy what follows. 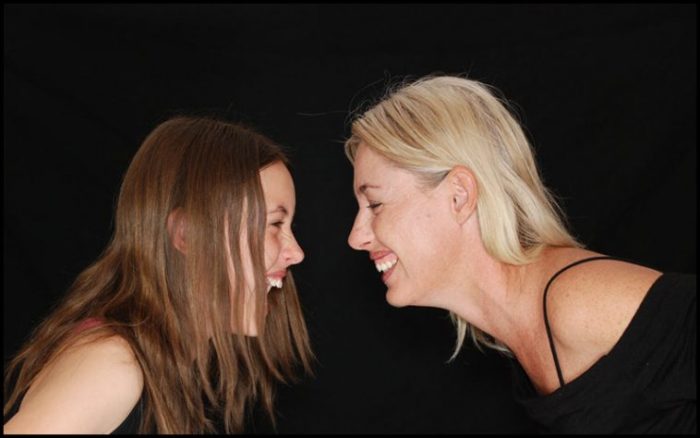 It is a really fun game to play when people are drunk and are ready to follow any rule. Take the tiles of Jenga and write rules on each of them. Be as creative as you can. You can include some dirty rules or fun rules. When the time arrives, start the game. The person pulling out a tile with a rule has to follow it. If the tower collapses, the person responsible for it has to chug their entire drink. 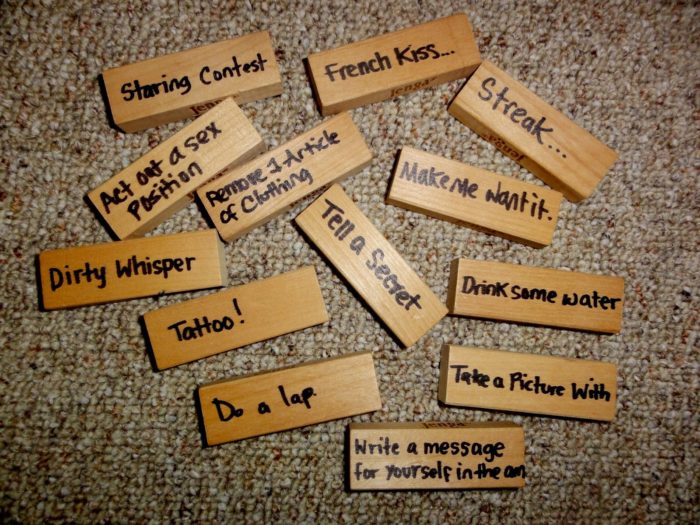 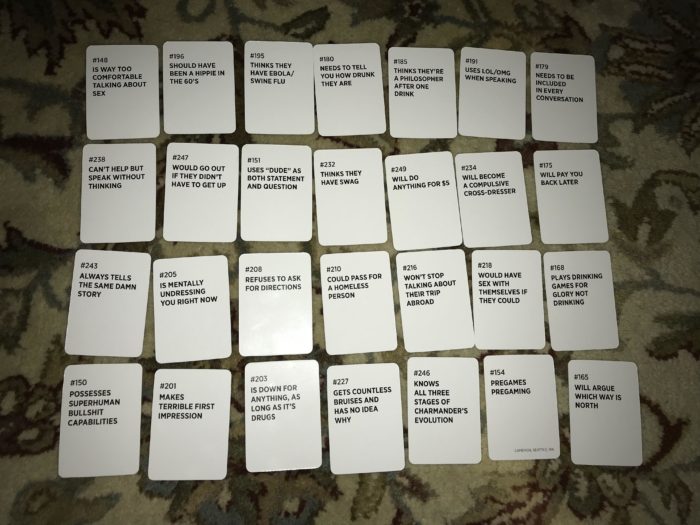 4. Ball or Pennies in the Glass

Take few short glasses and make each person toss a penny in these glasses, turn by turn. Every time a person misses, they have to chug their drink. If you don’t want to lose your pennies, then you can do the same using small plastic balls. 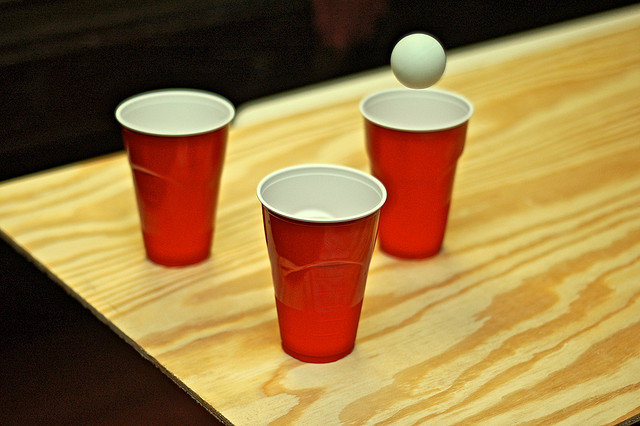 It’s a real fun game and tipsy people are bound to make a lot of mistakes. Make everyone sit in a circle. Remember that initial direction of proceeding is clockwise. The person who is beginning the game says 1. The next person in clockwise direction says “1,2”. Then the next player says “1,2,3” but in the reverse direction. The game passes in initial direction by skipping a player and he continues the counting. The game passes on reverse direction by skipping a player and he counts till 5. This keeps on going until the person who has to count till 21 comes. He has to make sure that he doesn’t say the word “twenty-one”. He can say anything else like Twenty plus one or twenty-two minus one or the prohibited number. Whoever breaks the rules has to gulp down their drinks. 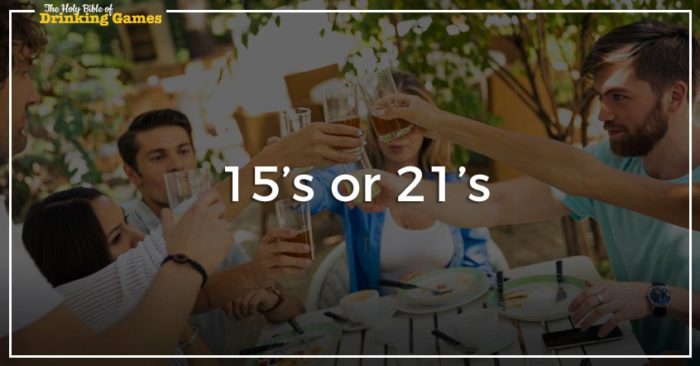 For this game, you need a die and a big glass, which will be called as “the game glass”. Place these objects on a table and everyone sits around the table with their glasses of alcohol. Everyone gets a chance of rolling the die and bases on the number that comes, they have to follow the rule. The rules are as follows-

1: the player just passes the die and the game glass.

2: the player adds more alcohol to the game glass and passes the objects to the next player.

3: the player must drink the entire content of the game glass.

4: the player yells “floor”, and all the players point towards the floor. The person who does this last has to drink the contents of their glass.

5: the player chooses anyone to drink the contents of the game glass.

6: people get to choose the rule. 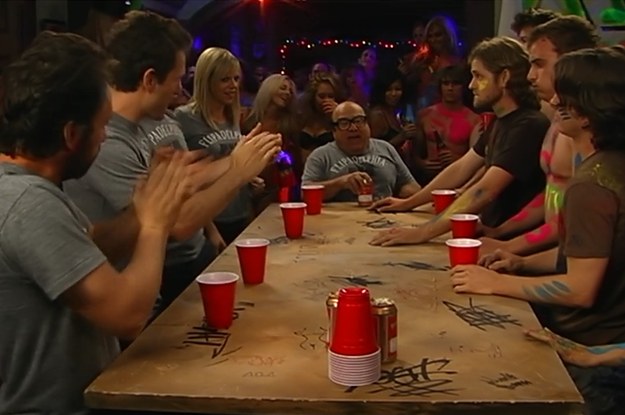 This game a good game to start the party. Make two teams competing against each other. Fill one glass with a drink for each player in the team and keep it in front of them. as the buzzer rings the first person from the left from each team has to pick up the glass and finish the entire drink and flip the glass before the next person picks the glass. The team which finishes the drinks is the winner. 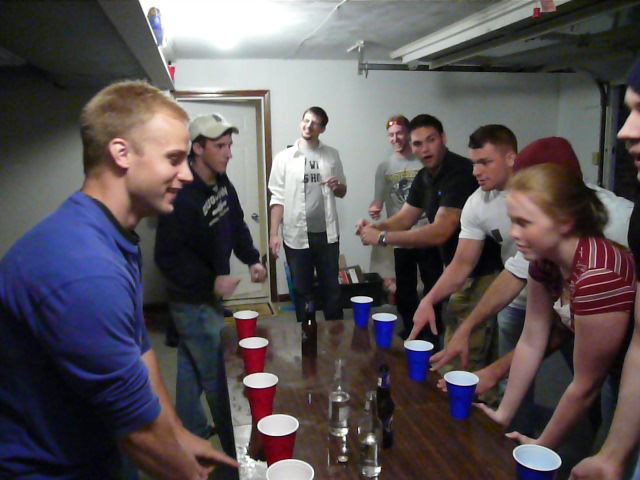 It is a really fun game to play if everyone is drunk. Place a brown bag on the floor and let each person take turn to pick the bag by leaning down and picking it using their mouth. After a player picks it up, an inch of the bag is chopped and the game continues till only the bottom of the bag is left. If a player fails to pick the bag or falls down, they have to drink. 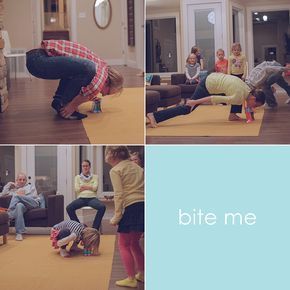 It is almost impossible to figure out what you are drawing when you are drunk. One person takes care of the timer. The timer whispers a word to the player and he tries to draw on a large sheet of paper to make others guess what the word was. The artist has to take one sip of drink for every 20 seconds that have elapsed. So, if it took 2 minutes for everyone to guess, the player will have to gulp 6 sips of drink. 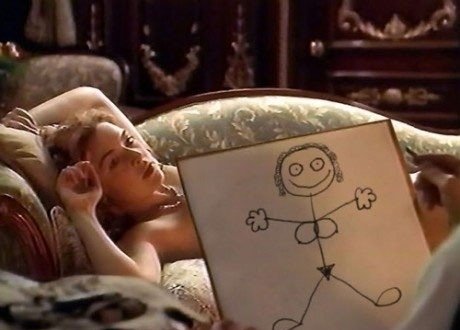 The classic drinking game that everyone enjoys and lets them open up. Make sure that everybody has a glass of drink. The person who starts should say “Never have I ever…” and completes the sentence with something that they have never done. And whoever in the group has done it has to take a sip from their drink. The statements can be as creative, fun or dirty as you wish. 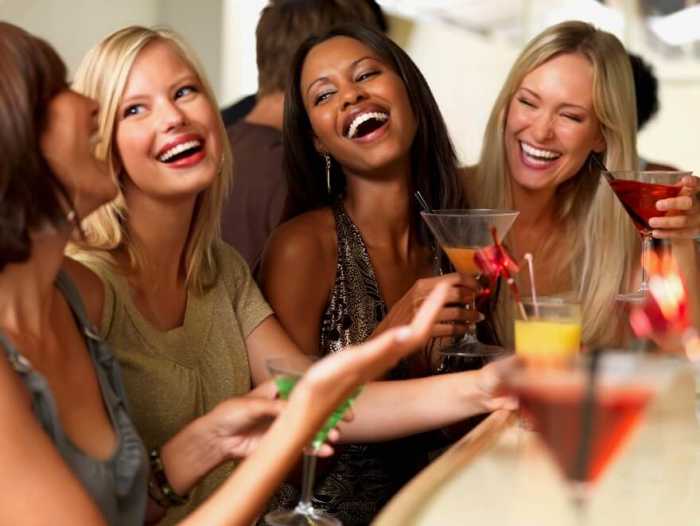 Irrfan Khan was an Indian actor, known for his...
Read more

12 Time Pass Games To Play With Family or Kids

As the COVID-19 is currently on its peak, it...
Read more
- Advertisement -

Scam 1992: The Harshad Mehta Story is one of...
Read more
Entertainment

Victoria Justice is an American actress and singer. She...
Read more
Bollywood

Does Yoga Help Losing Weight? Yoga, as we all...
Read more