Sanjay Dutt lives his life larger than life, and this is the reason that his biopic was also a great hit. While Raju Hirani did justice to show Sanjay’s ups and downs in his life, he completely side-lined the charming Casanova lifestyle of Sanjay Dutt.

All we heard is the single line that he slept with 350 plus women excluding prostitutes. Since Sanjay Dutt himself doesn’t know everyone by name, it is pretty hard to name down all of them. However, we do keep the track of his love life and mentioned a few popular names with whom Sanjay Dutt shared a beautiful relationship.

Here is the list of Sanjay Dutt’s girlfriends and affairs, and a brief about his Casanova lifestyle:

Sanjay Dutt’s debut film was Rocky released in 1981. It was the first time people started taking interest in his personal life and they found out Sanjay is dating the film’s actress Tina Munim when they were off-camera.

Tina and Sanjay were childhood friends and the puppy love later blossomed into a serious affair. It was the time when Sanjay was completely into drugs and alcohol. He was certainly not serious about the relationship the way Tina was and thus couple parted their ways. Tina got married to Anil Ambani in 1991 and lived happily married. 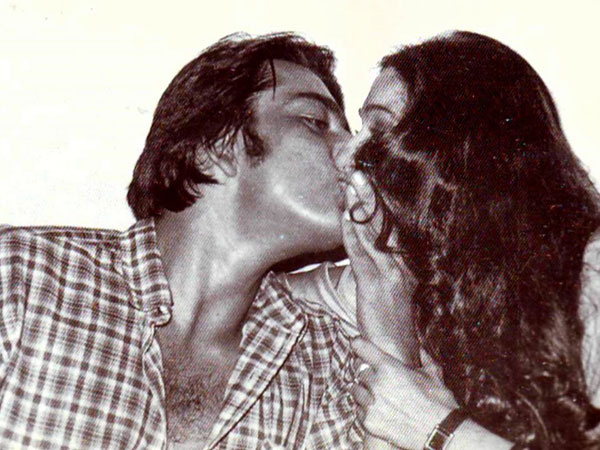 Richa Sharma is a famous glamor model and Sanjay Dutt developed a huge crush for her after seeing her photo in the local magazine. He first met Richa during the muhurats of one of his films. His Casanova charms helped him got her number and they started talking to each other on daily basis.

Sanjay mentioned in one of his interviews that Richa kept saying no for the dates a little longer than usual. However, one day she agreed. They were serious about their relationship and tied the wedding knot in 1987. They were blessed with a daughter named Trishala. The 90s was very cruel for the couple as Sanjay was in and out of the jail, Richa was diagnosed with a brain tumor. Trishala shifted to the U.S. but passed away in 1996.

People often fall for each other when they work together as they have many things to discuss. During Richa Sharma’s illness, Sanjay Dutt and Madhuri Dixit were shooting for ‘Saajan’. Fans and Paparazzi were continuously talking about the closeness actors grew between them.

Although Sanjay Dutt and Madhuri Dixit never admitted their relationship in the media, there were rumors that the couple might be considering marriage as well. Sadly, Sanjay Dutt was arrested under TADA, and Madhuri chose to maintain her distance from the actor.

The moment Sanjay Dutt and Madhuri Dixit’s dating rumors died, he drew everyone’s attention by dating model and socialite Rhea Pillai. They find true love and companionship in one another and Rhea became the lawfully wedded wife of Sanjay Dutt in 1998.

The couple failed to manage their relationship and filed for divorce in 2005 after living separately for a while. For the record, both were cheating on each other and involved in extra-marital affairs when they ended their marriage.

According to rumors, Sanjay and Nadia were having affair even before he met Rhea. Nadia Durrani was very serious with Sanjay Dutt. And probably, Nadia is the reason behind the failed marriage of Sanjay Dutt and Rhea Pillai. 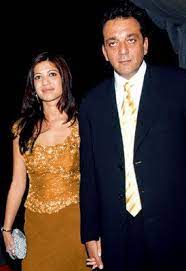 Sources revealed, Nadia went to the US to meet Sanjay Dutt when he was busy shooting for the movie ‘Kaante’. It can be said that Nadia is one of the mystery girls in Sanjay Dutt’s life who came and went by mysteriously.

Lisa Ray was also one of the most famous love affairs of Sanjay Dutt’s life. They were together for a brief moment but supported each other. In her biography, Lisa Ray mentioned that Sanjay Dutt chased her to offer her a role in the movie. She also mentioned about the guy she dated has a connection with the underworld.

After his breakup with Nadia, Sanjay Dutt dated many other film actresses that also include Legendary Rekha Ji. However, he found solace in Maanayata Dutt’s arms. Sanjay met Maanayata when he was involved with Nadia Durrani. They dated for a while and got married on February 7, 2008. Later, the couple was blessed with twins named Shahraan and Iqra Dutt. The couple is happily married and considered one of the loveliest couples in the Bollywood industry.

Blond highlights are equally as versatile as the blond hair colour itself. There's an assortment of choices, from spiky...
Read more

After the release of Family Man Season 2, Family Man 2 memes are rolling over the internet. People are...
Read more

We have read about many legendary heroes in history for their bravery act and stories. There are individuals in...
Read more

Incredible women professionals who rock both in and out of uniform. The list contains 37 females around the world,...
Read more
- Advertisement -

27 Gorgeous Girls With The Most Beautiful Eyes In The World

Beauty with the brain, we bring 15 such gorgeous female celebrities who are genius, smart & super intelligent. They...
Read more

Will Smith’s Aladdin Leaked By Tamilrockers

Harshita Gaur is not only a glamorous actress but...
Read more

Know About Ashwin Mehta, Brother of Harshad Mehta. What He is Doing These Days?

Harshad Mehta’s life was one of the strangest stories...
Read more
- Advertisement -

Incredible women professionals who rock both in and out...
Read more
Entertainment

Beauty with the brain, we bring 15 such gorgeous...
Read more
Entertainment

Barbara Palvin is one of the Hottest models of...
Read more