Who is Kala Brown? Know Her Story

Kala Brown is a victim of serial killer Todd Kohlhepp. In August 2016, Kala Brown had witnessed something very terrifying as she was held captive for two months. She was chained in a container by Todd Kohlhepp. She was rescued safely and later it came out that Todd had committed seven murders.

Who is Kala Brown?

Kala Brown was 30 years old woman from Anderson, South Carolina. She had been in a relationship with Charlie Carver. The couple went missing on August 31, 2016. Charlie’s mother filed the missing report on September 3 mentioning that she hadn’t heard from her son in days.

One of Kala’s friends Leah Miller also filed a missing person report. The words about the missing couple came out as their apartment looked like it hadn’t been used.

The Police investigation about the missing couple brought up interesting facts. There are various Facebook posts on both Charlie and Kala’s accounts that suggest a couple married, bought a home, and doing fine.

Kala’s friends and family raised the suspicion as these posts showed a long time after they went missing. Police followed the Kala cell phone pings and reached Kohlhepp’s property. When Police searched the place, they heard loud banging from a locked metal container. They found Kala being chained around her ankles and neck in the room. 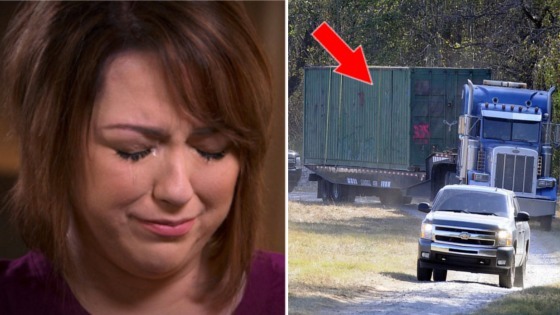 Kala Brown later gave her confession revealing all the facts about the case. Kala had known Todd for a long time. Todd was a real estate agent and employed Kala to clean houses. Kala had worked for Todd for months and it seemed ordinary and fine.

Kala Brown mentioned that she went to Todd’s property for some landscaping work with her husband Charlie. On August 31, 2016, when they arrived at Todd’s property, Todd shot Charlie thrice in the chest and handcuffed her.

Since then Kala was Todd’s captive and lived inside a metal container. Todd also admitted that he hid Charlie’s car by spray painting it and covering it using tree branches.

Kala was captive for more than 2 months in the metal container. She was fed once a day at around 6 PM. She also mentioned that Todd showed graves on his property and threatened to kill her. Kala was physically abused every day including her periods days.

Todd’s mother also gave her statement on the case. She said that Todd didn’t want to hurt Kala and he told her that he didn’t abuse Kala at all. Kala was rescued by the Police on November 3, 2016. In Kala’s case, Todd has been arrested and he confessed to seven murders that include a quadruple homicide as well. He was sentenced to life in prison.

Where is Kala Brown Now?

Kala Brown received $6 million from Todd’s estate as actual and punitive damages in August 2018. The damages were decided in the trial where the psychiatrist testified that Kala would require therapy and medication to feel better.

Kala’s friend Dan Herren said Kala is planning to work as a victim’s advocate. In addition to this, Kala also mentioned Todd’s confession about other unsolved killings.

Kala Brown faced another tragedy when she lost her fiancée Adam Mayson in February 2019. Adam died because of the wound caused by a self-inflicted knife which was ruled a suicide.

Later, in July 2019, Kala and her then-boyfriend James Moore were arrested for third-degree criminal domestic violence. It was stemmed from an altercation between James and Kala who were living together. Kala Brown is having a decent life now and started a new relationship as well. She still lives in Anderson with her daughter.

Todd Christopher Kohlhepp has been active as a serial killer from 2003, till he finally got arrested in 2016. He confessed to 7 murders in 13 years. CBS’s 48 hours brought the case to light and gave information that wasn’t known to the public before.

The show focused on the victim Kala Brown and her rescue from Todd’s property. She was found in the shipping container with a chained neck and ankles. Police finally catch Todd in Spartanburg County’s rural area.

In her interview about the incident, Kala Brown stated that Todd hoped they would live happily together if she would form Stockholm Syndrome. For your information, Stockholm Syndrome referred to a psychological coping mechanism where victims are born with their captors.

Kala stated that Todd would build a house for them including a soundproof room for Kala. After Kala Brown’s rescue, detectives found a pre-dug hole. It was supposed that Todd was just days away from killing Kala Brown.